Here is Top 5 Hi-Speed Data Sharing Apps for Android. Android is awesome mobile operating system (OS) based on Linux Kernel and developed by Google. Now a days, most of the users have an android phone and also users always searching for the new and faster way of sharing the files such as music, party videos etc. from their android phone with his friends.

So in this article, I have shared top 5 powerful and awesome free wifi data sharing android apps which let you transfer files from one android phone to another at faster, better and rocking speed.

SuperBeam is another super android apps which let you share large files between Android phones at the faster speed. Just like Flash Transfer, you need to install SuperBeam in both the devices. After that, you’ll need to pair Android devices by any method which includes QR Codes, NFC or manual sharing key. Sharing Process is very easy, pick the files you want to share and send it to paired devices.There are many advantages/features of using SuperBeam such as-

Lenovo SHAREit(also called SHAREit) is really one of the best apps for Android, iOS and Windows which helps in transferring/sharing photo, music, app, games and other content with other devices at very high speed.  Some features of SHAREit is given below.

Xender Flash Share supports all file types, including contacts, music, pictures, videos, apps and games.  Xender. Many users think that Xender and Flash Transfer are different apps but not. In reality, these are same app, Xender, earlier know as Flash Transfer has good position in Wireless files sharing between Android devices. It allows you to send and receive data up to five devices at the same time without re-establishing connection. Xender also available for iOS as well as Android. 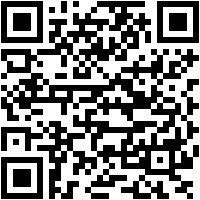 There are many apps available on the internet, from which I have shared Top 5 Hi-Speed Data Sharing Apps for Android, all are WiFi based apps which let you share files with other Android devices at very high speed. In other words, It is the alternative way of transferring data. These File transfer apps are too easy and much faster as compared to Bluetooth. In reality, these apps eliminate the need of Data Cables. So, why not to use these apps for sharing data with your friends instead of using the old technique like Bluetooth. Enjoy this Fast File Transfer apps & Stay tuned.

This first widget will style itself automatically to highlight your favorite product.

TricksBest © 2020 Powered by Elementor Pro | Hosted with ❤ at WPX Hosting